Probation Revocation is NOT a hearsay “free-for-all”

Probation Revocation is NOT a hearsay “free-for-all” 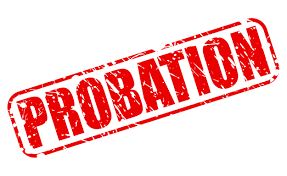 A recent case out of the 1st district of Houston is hopefully a step in the right direction. In Torres v. State, No. 01-18-01074-CR (Tex. App.-Houston [1st Dist.] Dec. 22, 2020), the Prosecution moved to revoke Defendant’s probation for failing to “successfully complete” the SAFP program. One of the primary problems with this revocation is that it was based on the testimony of a SAFP coordinator and a discharge report that did not state any specific violations, but merely stated that Defendant had committed “rule violations”. Furthermore, the testimony of the SAFP coordinator was based on information relayed to him and not on his personal knowledge of the “violations” alleged. In addition, a records custodian with no personal knowledge authenticated Defendant’s probation records.

Confrontation and Authentication in Probation Revocation

The opinion largely focuses on the issue of whether the conclusory statement of general “rule violations” provides sufficient basis for revoking probation. However, as you can see above, there are also issues of authentication and confrontation. Luckily, the Houston court assumed that there was a confrontation right in probation revocation proceedings, even though there is no clear precedent supporting that assumption.

Fortunately, the concurrence in Torres focused primarily on the Confrontation issue. Justice Keyes believes Doan overrules any case saying that there is no Confrontation right in probation revocation. He also briefly touches upon the hearsay issue by saying that the discharge report is double hearsay despite the business records predicate.

Hearsay and Due Process in Probation Revocation

On the main issue, the Houston court held that there must be a specific basis to support revocation. In other words, testimony and reports with general, conclusory statements are not enough. There must be facts supporting those statements, and there must be some personal knowledge of the bases for the statements. Due Process still exists in probation revocation proceedings. The court must determine that the the reason for revocation is legitimate. Courts must do this “to ensure [discretion] was used on a basis that was rational and connected to the purposes of [revocation]”. Leonard v. State, 385 S.W.3d 570 (Tex. Crim. App. 2012). Under the facts of Torres, no specific basis for discharge from SAFP existed in the discharge report. Further, the SAFP coordinator knew nothing about the specific bases for discharge.

Score One for Justice for All Texans on Probation!