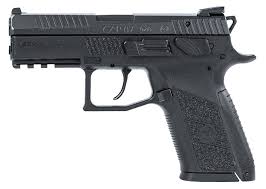 Unlawful Carrying Weapon and DWI sometimes go hand-in-hand. Mimi is used to seeing UCW charges added onto DWIs. She is also familiar with fighting agains Unlawful Possession of a Firearm charges. Mimi is well-known as one of the most knowledgeable criminal lawyers on the subject of DWI. This is because she is board-certified in DWI by the NCDD. If you are looking for a “criminal lawyer near me”, know that she handles most all of North Texas.

What is Unlawful Possession of a Firearm?

Unlawful Possession of Firearms occurs when a person possesses a firearm a certain amount of time after a criminal conviction.

Texas Penal Code § 46.04 defines the offense of Unlawful Possession of a Firearm:

(a) A person who has been convicted of a felony commits an offense if he possesses a firearm:

(b) A person who has been convicted of an offense under Section 22.01, punishable as a Class A misdemeanor and involving a member of the person’s family or household, commits an offense if the person possesses a firearm before the fifth anniversary of the later of:

My job requires me to travel to high-crime areas. When am I allowed to have a gun?

As subsection (a) says above about Unlawful Possession of a Firearm, the normal time period is 5 years after release from confinement, probation, or parole. It also says whichever date is later. This means that you may need to wait extra time if, for example, you have parole after release from confinement. Section (2) does provide a bit of a safe zone, however. That section issues a penalty if one possesses the gun outside of their home, meaning you may still be able to keep a gun in their home for protection. Unfortunately, this means you likely risk punishment by owning a gun even for personal security outside your home. Contact us to make sure you are not at risk of Unlawful Possession.

What is the penalty for an Unlawful Possession of a Firearm charge?

Texas Penal Code § 46.04(e) establishes the base penalty for Unlawful Possession of a Firearm:

In other words, if your misdemeanor involved a family member, then the possession will also be a class A misdemeanor.

A felony (regardless of family violence) means the unlawful possession charge will also be a felony.

What is Unlawful Carrying Weapon (UCW)?

If you own a handgun, you might also have a UCW charge depending on the circumstances of your arrest. Normally, a UCW occurs when a person carries a handgun outside of their home or car. However, a weapon in plain view while in their car is a UCW. One common UCW scenario is when you may not possess a handgun by law (such as Unlawful Possession). Another common circumstance occurs when you possess the handgun while “engaged in criminal activity”. It is important to note that possession, not use, is the test. In other words, police may charge you with UCW if they find a handgun in your car after a DWI (unless the search is illegal, which is a separate issue).

(a) A person commits an offense if the person:

(a-1) A person commits an offense if the person intentionally, knowingly, or recklessly carries on or about his or her person a handgun in a motor vehicle or watercraft that is owned by the person or under the person’s control at any time in which:

What is the penalty for a UCW arrest?

In general, a UCW charge is a Class A misdemeanor. The law raises UCW to a third (3rd) degree felony if committed on any premises licensed or issued a permit to sell alcohol (even if the defendant owns the premises).

(b) Except as provided by Subsection (c) or (d), an offense under this section is a Class A misdemeanor.

(c) An offense under this section is a felony of the third degree if the offense is committed on any premises licensed or issued a permit by this state for the sale of alcoholic beverages. 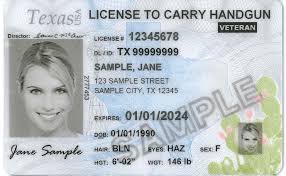 What is the status of my License to Carry (LTC) after my Unlawful Possession of a Firearm?

Whenever you face Class A or B misdemeanor charge or felony charge, Texas DPS will suspend your License to Carry a handgun. That suspension lasts until dismissal of the charges.

(a) The department shall suspend a license under this section if the license holder:

(c) The department shall suspend a license under this section:

. . .(3) until dismissal of the charges, if the person’s license is subject to suspension for the reason listed in Subsection (a)(1) . . .

What is the difference between a suspension and a revocation?

The key point to remember is that a suspension is different than a revocation. For example, if the court dismisses a misdemeanor or felony charge, you can get your license back immediately. However, a criminal conviction means that you are ineligible to re-apply for a LTC for a specific time period.

(a) the department shall revoke a license under this section if the license holder:

When can DPS revoke my LTC after Unlawful Possession of a Firearm?

As mentioned above, DPS will suspend your LTC if you “subsequently become ineligible” to hold the license.

(a) a person is eligible for a license to carry a handgun if the person:

. . .(4) is not charged with the commission of a Class A or Class B misdemeanor . . . or of a felony under an information or indictment; [meaning you cannot apply if you do not already possess an LTC, but is grounds for suspension for current holders].

. . . (8) has not, in the five years preceding the date of application, been convicted of a Class A or Class B misdemeanor or equivalent offense . . .;

What is a “chemically dependent person”?

(2) “Chemically dependent person” means a person who frequently or repeatedly becomes intoxicated by excessive indulgence in alcohol or uses controlled substances or dangerous drugs so as to acquire a fixed habit and an involuntary tendency to become intoxicated or use those substances as often as the opportunity is presented.

(c) An individual who has been convicted two times within the 10-year period preceding the date on which the person applies for a license of a . . . Class B misdemeanor or greater that involves the use of alcohol or a controlled substance as a statutory element . . . is a chemically dependent person . . .

When will I be eligible to re-apply for my LTC?

I have a felony conviction. When can I have a license to carry (LTC)?

Because you must wait 2 years after the cause for the revocation ceases to exist, you are absolutely ineligible to apply for an LTC if you have a SINGLE felony conviction on your  record. This is because, unlike with misdemeanors, there is no “5 year” limit. A felony is an absolute bar to applying for an LTC. This is a bit of an oddity because, as seen above, the unlawful possession statute still allows a felon to own a gun after a certain time period. In other words, a felon might be able to own a gun, but not to apply for an LTC.

Can I get my gun back after police take it?

That questions is very complicated and is the subject of our other post regarding Texas UCW: Getting a Seized Weapon Back.