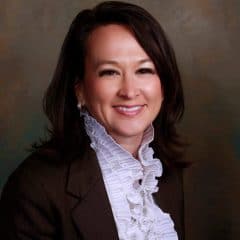 She is one of us!

I was born in Ft. Worth, Texas. I was raised in White Settlement (bedroom community serving Lockheed Martin Co.), Texas. Since the age of 2, I was raised in the same home, on the same block, my whole life until college. My neighbors were not only my mother’s best friends but became lifelong influences and dear friends to me also. I was raised in the White Settlement School District from Kindergarten through High School graduation. I graduated high school with some of the same people that I started Kindergarten with.

I love my community and love knowing the history of everyone. I sent my four children to the same school district. Many of the teachers and administrators went to school with me. I understand that a person cannot be defined by a few mistakes. It is critical to understand their life story. I invited my entire class of ’87 to my 50th birthday party. I love my people. The beauty of life is in people. This is why I love what I do so much. I am particularly blessed in that citizens accused of DWI tend to be people who love people and the joie de vivre.

After graduating Salutatorian of my high school class, I attended Baylor University where I majored in Political Science with more hours in my minor Geology. I chose this root to get to law school on time. At the time, Baylor was one of 5 colleges in the country that required a Master’s thesis to major in Geology. Geology taught me to love math, science and critical thinking. I have wanted to be a lawyer since the age of 12. I was so overjoyed when the income tax professor of Texas Tech School of Law personally called me to invite me to the law school and offer me a scholarship. To say that I am grateful to both Baylor University and Texas Tech and their communities is an understatement.

Mimi has spend her entire career defending citizens-accused. She has never been a prosecutor.

I reside in two homes. I split my time between my Ft. Worth home and my Dallas condo. Living in both places allows me to service the entire metroplex from Parker County to Collin County. I proudly consider both Ft. Worth and Dallas to be my home. I love driving out to the smaller counties. It makes me a better lawyer with more understanding. I have so much appreciation and affection for all of north Texas.