Mimi Coffey’s publications include two books. Mimi Coffey’s Publications include, a book called  “Texas DWI Defense: The Law and Practice“, which is now in its second edition. Mimi’s co-author James Nesci, is a DWI lawyer out of Arizona. James Nesci has also published over 25 books on top of that. Mimi’s contributions include Texas case law, Texas practice, Texas motions, and trial work application tips. Mimi Coffey wrote the book on DWI Defense. Both books combined serve as a ‘how-to guide’ for any lawyer on how to properly execute a successful DWI case. Many of the strategies in the book serve as good examples for BWI, Assault, Possession, and other Criminal Defense Cases. In addition, Mimi Coffey’s Publications include 4 national articles published in The Champion (the NACDL magazine). On top of that, she has six statewide publications in The Voice (the Texas Criminal Defense Lawyer magazine).

Furthermore, Mimi is board certified in DWI Defense by the National College of DUI Defense (recognized by the American Bar Association as well as the Texas Board of Legal Specialization). She takes great pride in her scholarship and academic work in the field of DWI.

In addition to her published material, Mimi also maintains a blog where she discusses topics such as forensic science, lying expert witnesses, involuntary intoxication, and holding officers to the same standard as the rest of us. 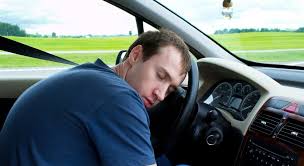 Mimi’s article on “Defending Asleep at the Wheel” cases is published in the April 2020 edition of The Champion, the magazine for the National Association of Criminal Defense Lawyers.

In this article, Mimi writes about the connection between fear and the standard field sobriety tests (SFSTs) that police have a driver perform before a DWI arrest. She argues that fear reduces a person’s ability to perform the tests because fear can cause a person’s brain to ‘forget’ many key motor skills, such as balance, and to not process information clearly. A common example, not mentioned in the paper, is a fear of public speaking.

This knowledge is important to DWI defense because it attacks the validity and accuracy of the field sobriety tests. Mimi Coffey and the other DWI lawyers at the Coffey Firm understand the connection between fear and the SFSTs and do what we can to help you through the fear and other emotional aspects of a DWI case.

Like with the article about fear’s effects on the Standard Field Sobriety Tests (SFSTs), this article provides further assistance to DWI Defense by once again attacking the validity and accuracy of the SFSTs, this time based on the natural impairment caused by the aging process. Aside from aging process, Mimi also mentions how a person’s physical condition can impair his ability to perform the SFSTs. For example, an obese person may have more trouble on the One-Leg Stand (OLS) than others of similar age.

Like with fear, aging can cause trouble with memory, especially short-term memory, which is crucial for following and remembering instructions. She further discusses the lack of correlation between the motor skills tested by the SFSTs and driving ability.

The term ‘witch hunt’ generally refers to an allegation based on fake or exaggerated evidence. It comes from the Salem Witch Trials, which convicted ‘witches’ for allegedly sending ‘specters’ to attack other villagers. The term ‘witch hunt,’ for better or for worse, has regained popularity recently.

In this Article, Mimi once again attacks the validity and credibility of the Standard Field Sobriety Tests (SFSTs). She first explains why the Horizontal Gaze Nystagmus (HGN) test is unreliable. For example, she discusses the causes of nystagumus unrelated to alcohol impairment. Mimi also mentions that the only consistently used source for HGN ‘expert’ testimony is an article pointing to a government study and no other studies (whether consistent or inconsistent with the government study).

She next asserts that the one-leg stand (OLS) and walk and turn (W&T) tests do no test impairment related to driving and merely have ‘face validity’ which is the lowest standard of validity used by scientists. In other words, both tests rely too much on subjective evaluation and not on objective measurement criteria.

Mimi concludes by identifying some cases that have questioned the admissibility and validity of the SFSTs. These cases are far from perfect. Nevertheless, Mimi sees these cases as a step forward in preventing courts from considering SFSTs scientifically valid evidence. In legal terms, SFST testimony is not ‘expert’ testimony because, as U.S. v. Horn states, SFSTs are visual clues that a layperson (e.g., a bystander) would use to identify possible intoxication.