The Law Requires Reasonable Suspicion to Detain for Texas DWI

One of the basis concepts in Criminal Law is that police must have reasonable suspicion to begin an investigation. Reasonable suspicion exists when, based on the totality of the circumstances, the officer has specific, articulable facts that, when combined with rational inferences from those facts, would lead him to reasonably conclude that a person is, has been, or soon will be engaged in criminal activity. While this is an objective standard under the law, sometimes the subjective intent of the officer seeps in. For example, while the officer may objectively have a reason to stop you for speeding, he might subjectively want to make a DWI stop. The officer may develop this intent if, for example, his patrol route is in an area with multiple bars or if he patrols a specific time of night.

Where this standard becomes questionable is when the “reasonable suspicion” does not arise until after an encounter. To illustrate, imagine seeing an accident on the road and, being a good Samaritan, you pull over to help if needed. The police arrive and start interviewing everyone on scene and, during the conversation, you mention that you had a few drinks earlier before pulling over to help with the accident. Suddenly, the officer pulls you to the side to have you perform the pseudo-scientific SFSTs, even though you were only there to help! 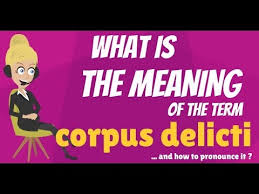 Simply admitting to driving is not enough. This falls under a Criminal Defense rule called “corpus delicti”. This rule requires the Prosecution to prove the commission of a crime before an out-of-court admission to a crime is admissible as evidence. In the realm of Texas DWI, this means that simply admitting to driving is not enough. Further, police may not require a person “to undergo [SFSTs] without reasonable suspicion that the person [is DWI]”.

A good example of how Texas likes to ignore this rule is State v. Rudd, 255 S.W.3d 293. In that case, a friend drove out to the scene of an accident at the injured driver’s request. During the course of investigating the accident, police notice the “smell of alcohol” on Rudd. Rudd was already out of his car when police arrived, but they made him do the SFSTs anyways. Ultimately, police arrested Rudd for DWI despite no driving facts other than Rudd’s admission.