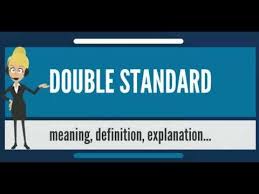 We the citizens must know the law. It is no excuse for us to not know the law in court. Yet the Houston Court of Appeals created a double standard when it ruled that a cop can be mistaken on the law and it does not matter, the resulting investigation is legal. In other words: the stop is good.

The Houston Court of Appeals in Babel v. State, No. 14-17-00762-CR, 2019 Tex. App. LEXIS 3144 (Tex.App.-Houston [14th Dist.] April 18, 2019) (designated for publication) has laid down the gauntlet in an illogical position to “back the blue.” So what are the facts? On September 5, 2016 Ms. Babel was driving on FM 529 in Harris County. The sun was beginning to set. All the cars on the road had their lights on except two vehicles. The cop was driving in the same direction as Ms. Babel. He decided to get ahead of her and then see if she turned on her lights. When she did not, he lit her up for failure to use headlights at nighttime under Texas Transportation Code 547.302.

The law defines “nighttime” as 30 minutes after sunset. Sunset that night was at 8:07 pm. He stopped Ms. Babel at 8 pm. The law is clear that in warrantless arrests, the State has the burden to prove the legality of the stop beyond a reasonable doubt. Where doubt exists about the facts combined with the law, that doubt requires throwing the case out. Why the Houston Court of Appeals wants to excuse a cop’s mistake when the law requires otherwise defies all reason.

It is not right for police officers to get a pass under the law when their job requires that they know the law. Yes, of course cops make mistakes just like everyone does in all types of different professions. But, excusing a wrong because it is a cop that committed it does not make it right. Ben Franklin stated, “Those that would give up essential liberty to purchase a little temporary safety deserve neither liberty nor safety.” No one is above the law in the United States of America. There should be no double standard. The courts need a reality check on who they work for, and it is not the cops. 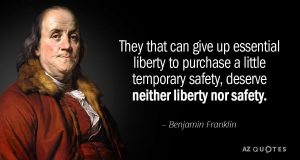 Mimi is also listed on several “top” directory listings such as DWI Lawyers for Wise County, DWI Lawyer Tarrant County, DWI Lawyer Dallas County, DWI attorneys Collin County and DWI Lawyer Parker County. Mimi is a caring DWI Lawyer in DFW, She is also involved in the Texas Tech School of Law foundation and enjoys using the skills she has developed to give back to the community.