There is nothing “voluntary” about shining a bright flashlight in a person’s face. Nor is there anything “voluntary” about having an officer bombard them with question after question. Yet police, and district attorneys regularly claim that “voluntary encounters” occurred just because the officer never activated his overhead lights. On other occasions they claim “voluntary encounter” simply because a motorist rolled down his window when he saw the police approach his vehicle with a flashlight in an empty parking lot.

Is every police encounter a “stop”? What is legally required?

Distinguishing what is a legal “voluntary encounter” in a motion to suppress is critical because it can make the difference between a justified stop and one that is thrown out of court for violation of constitutionally protected rights. The idea of a “voluntary encounter” occurs when a citizen decides to approach a police officer. For example, this may be to ask for the time, directions or inquire about a traffic stop ahead. However, if during the course of the encounter the police form a reasonable suspicion that a crime may be occurring, they may prolong the interaction into a legal detention for investigation.

Reasonable suspicion exists when an objective person, given the relevant facts and circumstances of a particular situation, would believe that person engaged in behavior that is against the law. Or, in simpler terms, when a police officer points to specific reasons why they believed you were a threat or committed a crime. Examples of reasonable suspicion include: speeding, single- or multi-car accidents, hitting (but NOT bumping) a curb, stopping past a stop sign/light, and more. The arrest happens once and if there is probable cause.

Here is one Texas DWI example to illustrate this concept:

Now imagine a scenario with a legally parked citizen, alone and minding their own business, in an empty parking lot. An officer approaches the citizen’s vehicle, unprovoked, and taps on the driver side window. Should the motorist ignore the officer or engage? Most people would respond to a police officer tapping on their window. Prosecutors routinely argue that this constitutes a “voluntary encounter” to justify a criminal investigation that resulted from the encounter. Now think about what would have happened if you just ignored the officer tapping on the window.

The uniform and badge itself is a show of authority in the eyes of most people. It is not rationale to drive away when a police officer is on foot approaching a vehicle, with flashlight in hand, whether or not the officer has his or her squad car lights on. This is a prime and often abused area of law where the common sense of people diverge from the twisted legal fictions many courts come up with to back a police officer up on their illegal stop. Mimi has spent over 25 years fighting motions to suppress in court to not just protect the individual client when these abuses occur, but preserve liberty for all Texas citizens.

In what world is having officers surround and shine lights in a person’s car a “voluntary encounter”? It is not. The law in Texas is up to judges and juries. Mimi continually fights such preposterous ransacking of our rights.

What are “voluntary encounters“?

It is the opposite of a “seizure” or “detention,” to be technical. In simpler terms, a “voluntary encounter” means a citizen is free to leave or otherwise ignore the officer. A “voluntary encounter” doesn’t trigger the 4th Amendment, meaning police don’t need reasonable suspicion to detain a person.

In practice; however, it gives the police an easy “out” if their sole, subjective intention is to discover some sort of crime. In other words, police like to use “voluntary encounters” to gather enough facts to support reasonable suspicion. For example, after the “voluntary” encounter, the officer might claim he or she smelled alcohol, thereby miraculously laying the groundwork for the reasonable suspicion detention aimed for.

Related to “voluntary” encounters, police also like to assert their “community caretaking” power. In technical terms, the police have the power to engage someone if that person reasonably appears to be in distress. While “distress” can indicate a medical emergency, it also applies to situations like distraught motorists. In simpler terms, it means that the police don’t need reasonable suspicion of a crime to approach an individual as long as the person reasonably appears to need help.

Courts look at 4 factors when determining the propriety of community caretaking:

In simpler terms, police must show why they believe the person needs help, where the person is, whether other people could provide help, and whether that person might be in danger or their situation harm others. None of the factors, alone, are enough, but when taken together they might collectively justify a community caretaking stop. That said, the first factor is still the heaviest factor.

Sounds reasonable, right? Well, just like with “voluntary” encounters, it makes sense on paper but, in practice, it can give police officers another way to initiate a criminal investigation without your 4th Amendment protections. The main thing to remember about community caretaking is that once the police determines that the person does not need help, they can no longer assert community caretaking. This means that if the police approach someone and the person does not appear to need help, they can’t prolong the encounter unless they have reasonable suspicion.

Police will try to claim both Community Caretaking and “Voluntary” Encounters

Be aware, in some situations may try to claim a “voluntary” encounter when their “community caretaking” claim fails.

When facing a traffic stop, it is important for people to know their rights. Those stopped should always be polite with police rather than argumentative. They must provide their driver’s license, insurance and registration. Further, a person must exit the vehicle upon request.  It is OUR job to attack the stop as improper or invalid in these type of situations. It is OUR job to defend our clients and protect their constitutional rights. 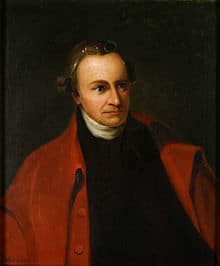 As Founding Father Patrick Henry said: “When your very existence is at stake, are you to speak the technical language of books, and to be confined to the limited rules of technical criticism? To those tricks and quirks–those little twists and twirls of low chicanery and sophistry, which are so beneficial to professional men?” The law was not meant to be created to deprive people of their liberties. Mimi believes in the power and common sense of people, just as Patrick Henry did.

A Texas DWI charge does not mean a person has no rights. Count on Mimi to fight to protect us all.

Mimi Coffey is Board Certified in DWI by the National College of DUI Defense. She is also the author of Texas DWI Defense: The Law and Practice.