Posted by Mimi Coffey
in Helpful Legal Information
A DWI traffic stop based only on unconfirmed insurance lacks the reasonable suspicion required for a search and seizure. The 4th amendment of the Constitution protects citizens from unlawful search and seizure. This protection comes to life in Texas under the Texas Constitution, Article 1, section 9.  This is a wide net.  This means that the “ends do not justify the means”. More simply, the police cannot break the law to enforce the law. For example, they can’t illegally enter into a house to search for illegal drugs. They must follow due process. They must have a warrant. For people who are driving, the police must abide by the same laws. They can stop a motorist for probable cause for a traffic violation. If, after the stop, the police encounter further illegal activity due to the stop, then they may continue investigating. There are other categories which open the door to police investigation including a voluntary encounter, community caretaking, and reasonable suspicion of a crime. However, these “catch all” categories justify warrantless arrests, but they are not rubber stamps for the police to engage at will. A voluntary encounter is when a citizen, by their own free will and volition, engage the police. 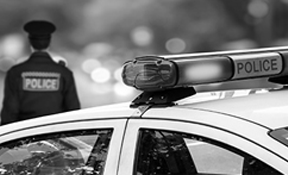 What is Community Caretaking?

Community caretaking is not law enforcement code for a free for all investigation. Rather, it requires consideration of four factors in Texas[i]:
(1) the nature and level of the distress exhibited by the individual;
(2) the location of the individual;
(3) whether the person had access to help independent of that offered by the officer;  and
(4) to what extent the individual, if not assisted, presented a danger to himself or others.

Courts are to weigh the circumstances to determine if a stop or intervention by law enforcement is justified. Seeing your DWI video may be important to determine what the officer saw.

The Declaration of Independence states, “But when a long train of abuses and usurpations, pursuing invariably the same Object evinces a design to reduce them under absolute Despotism, it is their right, it is their duty, to throw off such Government, and to provide new Guards for their future security.”  The colonists despised the British abuses of power. As a result, they added the Bill of Rights to the Constitution to protect our citizens from such abuses, including the government seizing and invading at will without due process. The legal process mandates that when violations of law occur, we throw out the evidence resulting from the violation. This means, at times the “guilty” go free. This is necessary to ensure protection for all. It was Ben Franklin who said, “Those who would give up essential Liberty, to purchase a little temporary Safety, deserve neither Liberty nor Safety.”

What is the problem with ‘unconfirmed insurance?’ What is it?

The problem with “unconfirmed insurance stops” is that there is no proof.  An officer can allege that the sole basis for the stop was that their computer system showed a motorist’s insurance to be “unconfirmed.” These systems, however, can be unreliable. For example, an insurance company’s database might not contain recent updates. This is so problematic that in Texas DPS’s July 2004 newsletter[ii] , they warn officers, “It is important to note that DPS does not believe the law allows the database to be used for probable cause in stopping a vehicle. The vehicle would first have to be pulled over for a separate traffic violation”.

The Court in Contreras[iii] ruled that standing alone, an insurance check of ‘unconfirmed’ would not provide reasonable suspicion for a stop. There must be some foundation for the conclusion of unconfirmed insurance to justify a stop.  Evidence that clarifies the ambiguity of an ‘unconfirmed’ return, such as the definition of unconfirmed, the source of the information in the system, or showing the accuracy and timeliness of the system, must first be presented to justify the stop.  It is important that Courts continue to recognize that allowing the police to stop a vehicle on alleged “unconfirmed insurance” is carte blanche for lawless DWI stops. We should not tolerate this.

When people look for a Top DWI Attorney or Best DWI Attorney, they look for experience, certification, and respect in the legal community. Mimi Coffey is a nationally-renowned trial attorney and is board-certified in DWI by the NCDD. She has been practicing for over 24 years and is an author of multiple DWI Defense textbooks. She is also a national and state-wide lecturer on the law.
The Coffey Firm handles a wide variety of cases, including Driving While Intoxicated (DWI), Unlawful Carrying of a Weapon (UCW), Assault (including family violence), Theft and Possession charges.
Mimi is also listed on several “top” directory listings such as DWI Lawyers for Wise County, DWI Lawyer Tarrant County, DWI attorney Dallas County, DWI attorneys Collin County and DWI attorneys Parker County. Mimi is a caring DWI Lawyer in DFW. She is also involved in the Texas Tech School of Law foundation and enjoys using the skills she has developed to give back to the community.