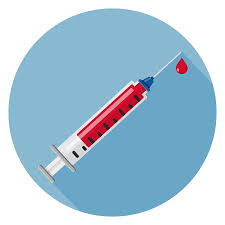 The answer to both is NO. A judge or jury may disregard DWI blood tests. When it comes to scientific evidence, there are many factors that a court needs to consider when determining the reliability of a scientific theory or technique. While these factors apply to both civil and criminal cases, these factors might mean the difference between suppression of evidence and a conviction in criminal cases. In Texas, these factors mainly come from three cases: Frye, Daubert, and Kelly. I will go through each one briefly and then give an example based on one of our current cases.

There are four Daubert factors:

Going out of order, one of the factors is the Frye general acceptance standard. As said above, Frye is no longer the standard, but is still and important factor for courts to consider. While the other factors may seem self-explanatory, remember that science is an evolving field. Scientists make new discoveries and perform new experiments every day. Because of this, these factors are designed to prevent a brand new theory or technique from being used as authoritative science. These factors require that a theory or technique undergo enough testing to have a potential error rate and for other scientists to criticize or support the theory or technique.

Here is the big one for Texas. The Texas Court of Criminal Appeals decided the Kelly case a year before Daubert, but both have similarities. There are actually two sets of factors present in the Kelly case.

The first three factors when determining reliability are:

To make these determinations, the court discussed other factors for courts to consider. These include:

As you can see, Daubert and Kelly have many similarities. Also, the Frye standard makes another unsurprising appearance. As with Daubert these factors help courts determine whether to suppress scientific evidence.

A current example of the Factors

On some of our current DWI cases, we have issues with the DWI blood tests. As a starting note, Mimi requests blood records when she feels like there might be an issue with the blood test. In this case, we sent a subpoena to the Tarrant County Medical Examiner’s office. In return, TCME gave our office a six-page summary of the validation study. Here is the issue, a summary tells us and our expert nothing about the tests or how they were performed. Our office then had the judge sign a motion to compel TCME to provide us with more records. TCME sent us more paperwork about the results, but the same six-page summary when it came to the theory and technique used.

The Coffey Firm handles a wide variety of cases, including Unlawful Carrying Weapon (UCW), Assault (including family violence), and Possession charges. We can also help you try to get a DWI off your record or avoid probation revocation. The Coffey Firm offers fair DWI payment plans.