Lying Witnesses: The Shabby State of Criminal Justice in our Country

Lying Witnesses: The Shabby State of Criminal Justice in our Country 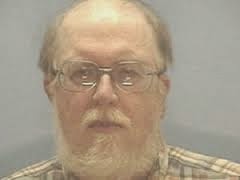 Mark Fuhrman, convicted of a felony perjury, is now a national Fox legal analyst, an “expert witness” on police matters. Last week, the 6th Circuit Court of Appeals in Cincinnati, Ohio, ruled “Dr.” James Ferguson, a state toxicologist, convicted of perjury, was immune from suit for lying in a murder case where the judge relied on his expert witness testimony for the conviction. 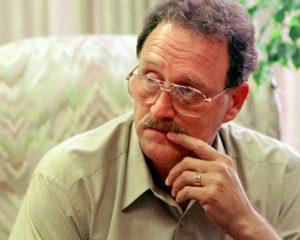 Fred Zain, toxicologist at the West Virginia DPS, falsified lab results which resulted in as many as 134 wrongful convictions. Once under investigation, he picked up and moved to San Antonio, Texas to work as a toxicologist where an investigation found at least 180 cases in which fraud may have led to wrongful convictions. He died in the comforts of his Florida home in 2002.

In Boston, Massachusetts, over 34,000 lab results are in question after state toxicologist Annie Dookhan pled guilty to falsifying results. These cases are the recent ones. They are only the tip of the iceberg. If an athlete is caught cheating in the Olympics, the committee strips them of their medal and the opportunity to compete. In the criminal courts of America, if a police officer or expert witness is lying to get a conviction, they get promoted and receive raises. If caught in a lie, the Courts protect them. The 6th Circuit Court rationalized, “Dr. Ferguson deserves absolute immunity in the case because all testimony, even if perjured, is protected to ensure witnesses will be candid without fearing lawsuit.” 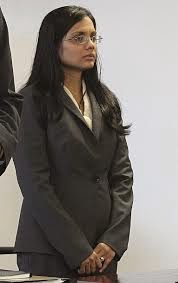 The Immunity for Lying Witnesses

Mind you, this absolute immunity protection ONLY applies to government witnesses. It‘s the same type of logic as preventing poisoned customers from suing a chef because this would stifle the chef’s creativity in the kitchen. How many chefs would poison patrons? An illegal and unlikely scenario as restaurants would shut down and there would be health code compliance complaints. These safeguards do not play out in the criminal justice system. As a result, convictions win elections, including in the appellate arena, and look great in the media. Those successful earn job promotions.

As for a forensic regulatory body, NONE with any regulatory powers over the criminal justice system exist. President Obama created first National Commission on Forensic Science. But, President Trump recently dismantled the Commission. We currently have a scandal ridden “pay as you go” certifying agency environment. This environment allows groups like the American Crime Lab Directors (under major fire and litigation) to issue board certifications and certificates for a fee despite not adhering to scientific peer review recommendations.

Let’s face it, nobody wants to hear of lying witnesses, especially government “experts,” who have managed to defy all the common sense odds and get away with convicting innocent people with the seeming approval of all the cogs in the justice system from the prosecutor to the judge.  So, the only way to calm the ruckus down is to distract and “whitewash” the problem.

In James Ferguson’s case, the media reported he had misreported his graduation year of 1988 for 1972. Sounds harmless enough, right? Except, this fails to account for the fundamental problems lurking under the surface. The fact that it took Mr. Ferguson twenty five years to get his degree also explains why he could not produce the gc-mass spectometry chromatograms (if in fact he even knows how to run a gas chromatograph) in Benjamin Uselton’s case alleging intoxicating dosages of alprazolam. There, the coroner, a phD, had already reported the absence of such findings in the original autopsy. Mr. Ferguson’s unconventional scientific methods were also key in Virginia LeFever’s murder conviction. There, he asserted the deceased had lethal dosages of strychnine in his rectum. He made this claim despite reports to the contrary by medical personnel who treated the deceased at the hospital for an antidepressant overdose.

While a special panel of lawyers, scientists and West Virginia Senior Circuit Judge James Holliday were investigating Fred Zain’s misconduct, he managed to hoodwink Bexar County, Texas into letting him take over their toxicology. The West Virginia report, when finally issued, concluded this misconduct was so egregious that they presumed “as prima facie invalid, unreliable and inadmissible” any testimony he offered.

In Annie Dookhan’s case, she was too busy churning out guilty convictions for her satisfied prosecutors and supervisors to acknowledge that her 500 lab analysis per month (five times the national average) was a glaring red flag. They also glossed over the fact no one had ever seen her work a microscope. She also had a bad habit of misidentifying samples.  It seems she subscribed to, “A little inaccuracy sometimes saves tons of explanations.” (Saki)

Lying witnesses will continue unless the system changes

As incredulous as these sordid tales of lying witnesses are, the aftermath is even uglier. They will continue to happen unless we take decisive measures. It took drug testing in the major league sports to prevent cheating. The “honor” system was not working, ask Alex Rodriguez. In addition, the Tour de France can reclaim the seven Tour de France medals Lance Armstrong won while taking performance enhancement drugs. But, a lying “expert witness” cannot restore the years lost to prison of someone framed by an uncaring and negligent justice system that turns a blind eye.

“For every good reason there is to lie, there is a better reason to tell the truth” – Bo Bennett.

That reason should be the fear of repercussions. If a person can have their probation revoked for something as simple as missing a report period or failing to take required classes, we should require our government “experts” to prove their worth and work.  It’s one thing for a charlatan preacher or carnival barker to line their pockets. It is a whole other to allow unqualified and unethical government “experts” to play God.

Here is a simple and common sense roadmap that doesn’t take a college genius to figure out. We must start off with safeguarding the integrity of our country’s justice system.

We must separate police work and its prosecution from toxicology. The only bodies that scientists should be reporting to are other legitimate scientific bodies. Currently, much police miscegenation occurs, right down to the divvying and mixing up of funds and paychecks. The government should receive Forensic results, not controlled by the police or prosecution. The Virginia LeFever murder conviction demonstrates where the prosecutor told James Ferguson what they were looking for despite the coroner’s findings.

Although ethics is the new corporate “it” word, it seems to be staggering behind in the world of the police state.  We must make it an essential minimum and reality in the HR of government personnel hiring. Proper screening of candidates and reference checking should be mandatory and commonplace. Our government experts should not only prove the highest academic credentials. They must also have character beyond reproach. Their opinions don’t favor the highest bidder of a government contract or the buying power of widgets. They affect the value and experience of human life, a far more precious commodity and one that our Constitution protects. Therefore, experts must have a character honesty, meticulousness, and trustworthiness.

We must not “trust” that local governments can ferret out frauds. We need uniform and consistent national standards, protocols, and mandatory continued professional education. Lawyers, accountants, doctors, and other professionals have such requirements to keep up with developments in their fields. We should also subject experts to national certifications testing their skill before they can practice.  The time has come where enough shame and disgust can propel us forward to reclaim what in theory should be the world’s best justice system, but is currently a far cry.