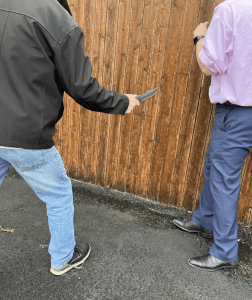 While the concepts of Automatism and Involuntary Intoxication may sound similar, they are different in many ways. One focuses mainly on the act itself, while the other focuses more on knowledge of the act.

“[O]ne who engages in what would otherwise be criminal conduct is not guilty of a crime if he doe so in a state of unconsciousness or semi-consciousness. Although this is sometimes explained on the ground that such a person could not have the requisite mental state for commission of the crime, the better rationale is that the individual has not engaged in a voluntary act.”

In Law School, first year students (“1Ls”) learn the two general parts of a criminal act: the “mens rea” (mental state) and the “actus reus” (physical act). Automatism goes towards the “actus reus” in that the defense claims the act itself was not voluntary. An example of this would be if a person was having a seizure and hit someone nearby in the face. The person having the seizure may have assaulted someone, but the assault was the result of something that was not in his control and was not voluntary. Conversely, a person in a mosh pit at a concert that hits a person outside the pit in the same way would not have this defense, as the action itself was voluntary. 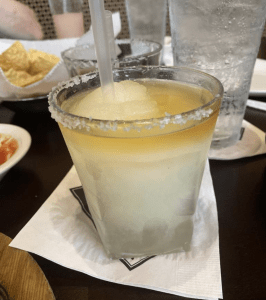 The general rule for intoxication is that ‘voluntary’ intoxication is not a defense to a crime. In other words, going to a bar and drinking too much doesn’t mean that you can use being drunk as a defense. Involuntary Intoxication occurs, generally, when a person does not know about or is forced to consume the intoxicant. A good example of this is a “spiked” drink. This defense goes towards the “mens rea” for the crime, and acts similar to claim of temporary insanity. The idea is that a person may perform a voluntary act, but not have the required mental state for the crime.

Using the same seizure example as Automatism, imagine that the person had a seizure because of a medication that was slipped into his breakfast that morning without him knowing. Even though he physically assaulted the other person, he lacked the required mental state because he was involuntarily intoxicated.

Imagine, in contrast, that he knew the side effects of each medication, but just took the wrong one that morning which caused the seizure. Now, according to most case law, he cannot benefit from either defense. This is because he had the knowledge that his medication could cause intoxication, and did the “voluntary act” of taking his medication, even if he took the wrong medication. Essentially, under those facts he is voluntarily intoxicated. Remember, though, that these are very general examples and each case can be very different from another.