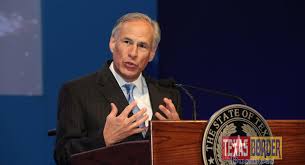 The News reports that jails are releasing inmates due to COVID-19.  Is this true?

Yes. Reports have confirmed that inmates in Harris County, Dallas County, some Texas prisons and a juvenile detention center have tested positive for COVID-19. This is a problem due to increased community spread in the jail environment. In addition to putting inmates’ health in danger, COVID 19 community spread endangers the lives of the jail and prison staff and adds more pressure to the hospital community.

Are jails and prisons releasing inmates due to COVID-19?

Yes. This is not a blanket wide release of everyone in jail or prison. Each state, jurisdiction (federal or state), and county is making their own guidelines on release. 75% of all inmates in Texas county jails are awaiting their case resolutions.

What about the release of violent offenders?

Governor Abbot issued executive order GA 13 which forbids the release of anyone who has been convicted of a violent offense or is charged with one. This does not mean that they cannot bond out. This simply means that they will not have the benefit of getting out at no cost as a result of COVID-19, as some will be.

What does the early release of inmates legally mean?

The provisions of law regarding Habeas Corpus under Texas Code of Criminal Procedure, Chapter 11 will not apply to inmates who have or are charged with violent offense convictions. The safeguards against being held without a charge under Article 17.151 (being released on personal bond or a reduced bond at 90 days) do not apply to “violent offenders” (see above, past convictions for violent offenses or present charges of such). The time has been tolled under the Governor’s order due to covid-19. Everyone released will have to face their charges and sentences, if applicable, at a later date.

What legal authority does the Governor have to keep “violent offenders” in jail without the benefit of COVID-19 huminatarian releases?

The executive order outlines his authority:

WHEREAS, the “governor is responsible for meeting … the dangers to the state and people presented by disasters” under Section 418.011 of the Texas Government Code, and the legislature has given the governor broad authority to fulfill that responsibility; and

WHEREAS, under Section 418.0 12, the “governor may issue executive orders hav[ing] the force and effect of law;” and

WHEREAS, under Section 4 18.016(a), in addition to the other powers given, the “governor may suspend the provisions of any regulatory statute prescribing the procedures for conduct of state business …if strict compliance with the provisions would in any way prevent, hinder, or delay necessary action in coping with a disaster;” and

WHEREAS, under Section 4 18.017(a), the “governor may use all available resources of state government and of political subdivisions that are reasonably necessary to cope with a disaster;”

The laws of Texas give the Governor. great authority to issue executive orders, particularly in times of “imminent threat of disaster.” The Commissioner of the Texas Department of State Health Services has determined that COVID-19 to be a public health disaster within the meaning of Chapter 81 of the Texas Health and Safety Code. In issuing his executive orders, the Governor has certified such under Section 418.014 of the Texas Government Code.

What is the practical effect of the Governor’s COVID-19 order?

Of course, there are some legal entities who have announced they will disregard the Governor’s orders and some lawyer groups are threatening to act. It is important to remember the lessons of history. The most famous American habeas corpus case involved John Merryman. As the country became divided over the issue of slavery, John Merryman and a large group of rioters burned railroad bridges and cut telegraph wires to prevent Union troops from reaching the Capitol. Officials arrested Merryman. Supreme Court Justice Roger B Tany, riding circuit court, granted a writ of habeas corpus to secure Merryman’s release. President Abraham Lincoln ignored it.

The U.S. Constitution provides in Article 1, section 9, “The privilege of the writ of habeas corpus shall not be suspended, unless when in cases of rebellion or invasion the public safety may require it.” Lincoln declared that the suspension of writs was more to prevent harmful behavior to the country than punish an individual. Eventually, President Lincoln granted universal amnesty in an effort to unite the country. John Merryman never faced prosecution. Remember that these are not normal times. The Governor has not abolished bail for those accused of violent offenses. Rather, he deprives them of the unusual mechanisms now being deployed to empty the jails in an effort to prevent catastrophic COVID-19 spread and consequences.

On the topic of Violence during these trying times…

We all know that stress can produce unhealthy behaviors. As many are losing their jobs, unable to pay rent and mortgages, worrying about their next meal, please remember to practice great patience and endurance. Try to practice the 24-hour rule; hold your breath and promise that you will think about your response for 24 hours before saying or doing anything. You will find a good night’s rest will help you see clearer and make better decisions. Focus on the big picture and know that you are not in it alone. We

are all in this together with you. This will be over. Remember that what is important is WHO you are now, so watch carefully what you do. Do not react selfishly.

This COVID-19 crisis is not the time for employers to furlough or lay off people. Take care of those who take care of you. See the long-term picture. Find a way to take care of those around you. The government’s stimulus package can help. There will always be time to recoup on savings, retirement and pay back loans. There may not ever be another time to prove to your loved ones, that they are more important than you. We are what we do, not what we have. Take a breath and in the meantime, focus on what Mr. Fred Rogers said, “Look for the helpers, you will always find people who are helping.” Be one of those helpers. 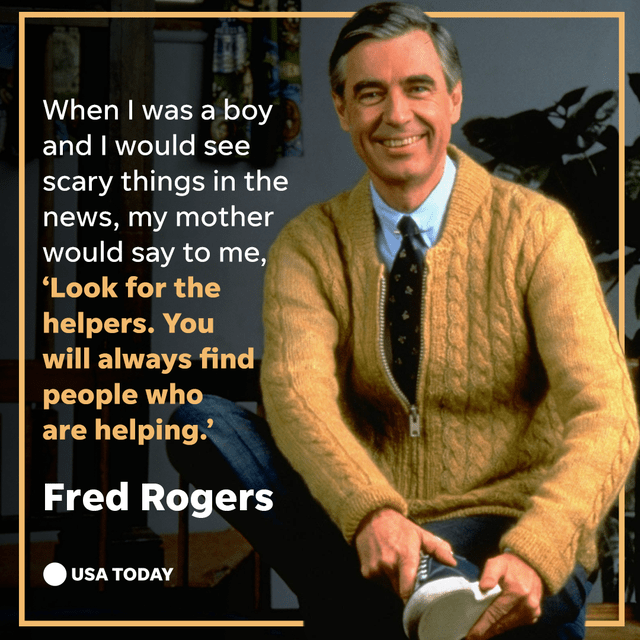