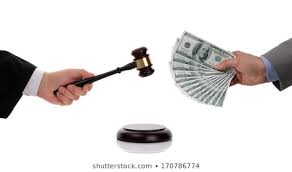 As of September 2019, the “surcharge” program by Texas DPS no longer exists. While that may sound good, it has been replaced by a Texas DWI “superfine”. Put another way, the “surcharge” for DWI convictions still exists, while the “points” system for things like tickets is history. Let’s take a quick look at what is new, and what is not (at least in terms of DWI).

Unlike the old statute, the new superfine system does not clarify what “finally convicted” means. Most attorneys agree that a “final conviction” means only jail time, but courts issue the superfine even when placing a person on probation. The superfine system also allows the court to waive the superfine for indigent persons (and explains what documentation can be used as proof).

The DWI “superfine” is as follows:

Doing the math, the superfine is EXACTLY THE SAME as the old surcharge, just worded differently (and lowering the larger fine to .15 instead of .16 BAC).

Fighting back against Surcharges

Back when the surcharge program still existed, Mimi Coffey fought tooth-and-nail against the system as being unconstitutional. She even went so far as to sue Texas DPS in Federal court claiming the surcharge system was a violation of double jeopardy and constituted cruel and unusual punishment. Unfortunately, the Federal Court threw the case out. However, this did not stop Mimi from continuing to fight. Mimi even spoke in front of the Texas Legislature, asking them to repeal the surcharge system.