Posted by hoang nguyen
in Mimi's Blog
In this Presidential Republican Primary, Ted Cruz and Marco Rubio have been invoking Reagan frequently, as if to lighten the prevailing negativity of this campaign. Interestingly enough, I just finished a book on Reagan by H.W. Brands. I grew up with Reagan. He was President when I graduated high school in 1987. Thousands lined up to see him when he came to visit Baylor University when I was in college there. I have framed a letter he wrote me in December 1983 (I was a freshman in high school) that arrived at my childhood home in a huge White House manila envelope. 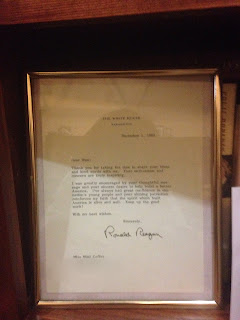 So why now? Why are the Republican candidates referring to Reagan ? There is an old saying, “People don’t care  how much you know, if they don’t know how much you care.” Reagan cared. We remember his consolation when he delivered remarks the night the Challenger blew up (he cancelled his State of the Union address scheduled that night because of it). We remember how he joked about being Republican on the operating table after his assassination attempt, with his doctor responding “Today we are all Republicans.” He loved to make people laugh. He smiled incessantly. He had difficulty firing anyone because he prized loyalty (which caused some major problems for him in his administration). He valued  what we are all raised to value: hard work (he graduated from college during the Great Depression and  took any job he could get), kindness (he never allowed his Hollywood status to interfere with his humbleness), strength (he played high school football, served in the military and returned as Commander in Chief to build up our own military to outrival the Soviet’s). He was very principled, despite whatever collateral damage that caused. Hence, Reagan’s strong beliefs that the United States must defeat communism led to the problems with the Nicaraguan Contras and his compassion ensnared him in the arms for hostages negotiations with Iran. He rarely if ever, showed anger. We, the people remember him as the Great Communicator. Optimism in the face of challenge, tragedy and fear defined him. This too defines the American people. This is what resonates years later, we forget the Oliver North hearings and remember how Reagan made us feel. We remember how he said “Tear down that wall” and the Berlin wall came tumbling down. Americans have always been able to forgive if our hearts felt right about someone (Bill Clinton in the Monica Lewinsky side circus is a good example). 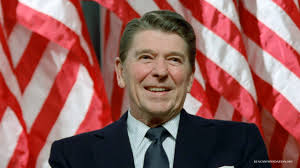 So what lessons can we learn today from Ronald Reagan ? It truly pays to smile. To smile, you must really care. You must be able to be happy from the simple pleasures in order not to be thrown off by the big failures. We all fail. Politicians fail. Reagan failed (he was lucky not to be indicted like Nixon for his role in what developed into ‘arms for hostages’ as some of his staff were). Every candidate running for President currently has failed in some major way (Cruz’s underhanded campaign tactics, Rubio’s constant absence from the Senate, Trump’s business bankruptcies,etc.). The difference is when you fail, like Reagan, don’t go attacking others in response to minimize your shortcomings. Reagan refused to play dirty politics. When running for Governor of California, he openly publicized that he would not attack his opponent personally and he never did. One reason why people hate lawyers, is because lawyers often play tit for tat. A lawsuit is not the answer for every slighted wrong. Reagan was a big picture guy. Thankfully, his big picture was full of hope, patience and generosity for others and a deep seeded Republican philosophy that every one is only limited by their own efforts and you don’t snatch  what someone has worked hard for and unfairly give it to another whose hand stretches wide open. This is not to say Reagan eschewed social security, he just believed there were limits: capitalism over socialism. Reagan was able to push through tax reform to reward those who work hard. 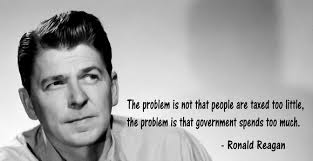 If Reagan could have a do over, he would definitely distinguish policy agendas from the law. You can’t override laws Congress put in place, no matter how noble the cause to ignore them. You must fire people when they are not doing their job. Loyalty is unproductive when there are no acts to back them up. Actions speak louder than words and principles are worthless without efforts. When Reagan allowed his Chief of Staff and Treasury Secretary to switch positions, this was unwise. A cabinet is like a toolbox. You can’t screw in a screw with a hammer. Each cabinet member must be situated to maximize their strengths. You can’t effectively run a government with a handful of cronies given positions as political favors. Loyalty is important, but not more important than ability. You can’t expect a chef to paint a watercolor masterpiece. Our current Presidential hopefuls would be wise to take note. In addition, the best way a President can achieve their agendas, is to ensure that the Chief of Staff is a veteran Congressman or Senator from the Hill. Passing laws requires a lot of stroke, a President has very little time. 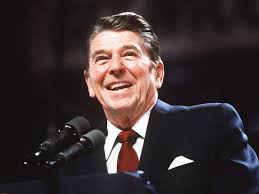 The most glaring deficiency of the current Presidential race is optimism. It is not enough to speak a positive message, Reagan has taught us we must also be positive when doing so. The challenge is for us all to be Great Communicators in our walks of life. To do so, we must let go of the baggage, release the negativity, endure hardships while appreciating what we have with a smile, and charge forward with vision to make the world a better place.